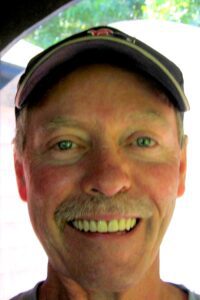 John “Jake” O’Donnell, 64, passed away on Feb. 6. He was the son of the late Frederic and Josephine, he was predeceased by his wife, Malia Grop penbacher Cox, his sister Annette, brother Bruce and brothers in-law, Al Prokop and John Hearson. He is survived by his loving siblings and their spouses, Mary and John Welch of Arizona, Ruth Hearson of Dux bury, Ellen Prokop of Haverhill, Peter and Angela of Falmouth, Cathy and Joe DiLiberto of New Jersey, David and Carol of West Roxbury, Tim of Cambridge, Hugh of California, Leo and Sheila of Arizona, Grace of Framingham, and many loving nieces and nephews, cousins, grandnieces and grandnephews.

Jake was a 1976 graduate of Boston Latin School. He worked for many years as a meat cutter at Sklar and Star Markets before moving to Hawaii where he was a meat cutter, and glass cutter and installer for many years. He enjoyed life, playing the bongos, playing soccer for Canary Square, surfing, fishing and all water sports. He was active in various community sports groups, including captain of the paddling squad in Oahu, and Hawaiian Society Canoe Racing Association. He returned to Massachusetts seven years ago and became an active member of the Beal House of Kings ton, MA AA and was proud of achieving seven years of sobriety.

He was grateful for the friends in his life, in particular, Paula Broderick, Kathie Besarick, Rollie Critenon, John Bove, Jack Cahill and Mike Haney. All his siblings gratefully appreciate our sister, Ruthie’s unwavering support of Jake through his most difficult times.

In lieu of flowers, donations made to MA Association of the Blind and Visually Impaired, 200 Ivy St., Brookline, MA 02446 are appreci ated. A memorial celebration of his life will be held at Holy Family Church, 601 Tremont St., on Saturday, May 28 at 10 a.m., with gather ing of family and friends, followed by a funeral Mass at 11 a.m.